Lugares fronterizos (Hogar) ["Border locations (Home)"] encloses a personal reflection about the private space. The videographic images aim is to show the viewer certain fragments of reality, everyday scenes mainly captured within the home. These images are complemented by other more symbolic ones, filmed in an aseptic and improbable space, in which we sense the artifice. Images that rather than portray the private space, as with the first ones, talk about the feelings and emotions that often surprise us within those four walls.

Articulated in three chapters (the bathroom, the bedroom and the kitchen), its spaces become pretexts to investigate about deeper concepts.
The relationship with nature, with the individual and the social being are turned, respectively, in the true background of each of the chapters.
Thus, each chapter addresses a personal reflection that goes from the myth of the mermaid as a hybrid between human and animal living in a natural environment to our model of society, in which we establish emotional ties to our near relatives, also dealing with introspective thought and self-knowledge. All these meetings (with oneself, with others or with natural elements) have a place, in one way or another, at home, whose spaces have been deliberately divided and endowed with different meanings; in that sense, every stay in the project takes these meanings, investigating them and giving new ones.
Director
Blanca Giménez
Producer
Blanca Giménez
Writer
Blanca Giménez
Cinematographer
Luis Marco
Editor
Blanca Giménez
Crew
Raquel Vicente Gómez
Ana Marco
Ana Bernguer
Javier Sánchez
Length
9:56
Released
31 July 2013
Genre
>  Video Art
Country
>  Spain
Edition
>  2013
Screenings
10.2013 International Festival of Videoart The Scientist (Ferrara, Italy)
10.2013 Bivouac 2013 (Melbourne, Australia)
11.2013 Collective exhibition Sinergias at Pipoca Cultural Coworking (Barcelona, Spain)
11.2013 International Videoart Festival Proyector (Madrid, Spain)
11.2013 Screening Veladas #5 at El Arsenal Creative Space (Córdoba, Spain)
11.2013 Videolooking Festival (LHospitalet de Llobregat, Barcelona, Spain)
12.2013 Alternative film/video Festival (Belgrade, Serbia)
Awards
Project sponsored by the City Council of Valencia and developed in Las Naves Espacio de Creación Contemporánea 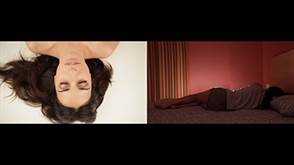 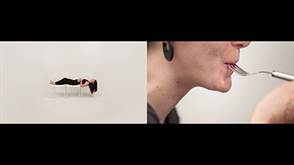