Claudia and Paul is an experiment to discover what artistic event would occur if we could see all the activity around us in the next couple of minutes juxtaposed. would our actions appear more meaningful? would a choreography suddenly emerge? is the motion around us better observed by extending our memory into the past and future simultaneously? therefore, there are four short scenes which repeat the same two characters in the same scene but in different locations, a minute apart. in the final scene, all four repetitions are juxtaposed.

my work is about the choreography of reality. it"s about the way everything moves and is interconnected to create beauty. it shows that each motion, whether it is made by human, animal, object, light or sound, is connected and extended by other motions to compose a phrase, a sentence of great artistic interest. each movement by itself is meaningless, boring, clichéd. but seen as one component of a larger artistic phenomenon, it becomes important, meaningful. 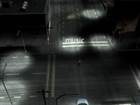 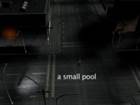 Henry Gwiazda
Henry Gwiazda is a new media artist/composer whose artistic trajectory has taken him from sampling, sound effects, and immersive technologies to his current work with new media. This new work is a comprehensive artistic approach that has resulted in work that is multimedia in nature and focused on movement. Gwiazda's works are regularly screened in festivals and galleries throughout the world..
>  Read more
Related video art
>  Jannis Lenz - Daheim und dazwischen  (fiction 2014)
>  Sébastien Pins - My forest  (fiction 2012)
>  Ji-young Kim - Eve’s desire  (flash 2005)