"dead SEEquences" is a video composed of 3770 frames. Working frames by frames, we find that nothing happens inside each single image, but all pass between the frames, in the invisible gap that separe a frame by others. The film is here, but there isn"t something to see, the most important remain invisible and uncertain. There is no truth to discover. The truth is always elsewhere.
This is a study about the vanishing of an image. It"s the image of a naked body, the most tangible and real thing for a human being. Not a body, but the image of a body. In this gap operate the principle of disappearance: between the object and his image there is a distance, a limit, a separation; this is the functioning of language, the only way we know to relate with the world and the others. Between each word and his meaning we find this distance as an original sin, a gap where the world disappear to be speaked. To communicate, the world and the human being have to disappear. For this, the art have to become "uncommunicative" and "uncommunicable".
Directed, produced and filmed by Fabio Scacchioli
Crew
Music by Vincenzo Core
Length
4:11
Released
05 April 2009
Genre
>  Experimental
Country
>  Italy
Edition
>  2009
Screenings
National Center for Contemporary Art - St.Petersburg (Russia).
Videoformes - Prix de la Creation Video 2011. Clermont Ferrand (France).
La Porta Blu Gallery - Rome (Italy). Solo exhibition.
Moves - International Festival of Movement on Screen. Liverpool (UK).
EMAF - 23nd European Media Art Festival. Osnabrueck (Germany).
Interview
>  Read the interview with Fabio Scacchioli 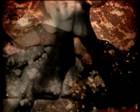 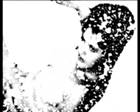 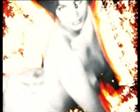 Fabio Scacchioli
Send an email / Born in 1979, I'm a filmmaker. Actually I live and work in Rome. Many of my works are focused on memory, perception, thought and their relationships. (The illusion of) the moving pictures can detect the fragmented and needed instable relationship of man with the worlds and the realities that lives, imagining, or in which he is imagined. Nothing is as ephemeral as the cinema, to be so close to..
>  Read more
Related video art
>  Stefanie Schairer - The thing  (video art 2010)
>  Sonja Vukovic - Neue nähe / new closeness  (fiction 2011)
>  Sébastien Pins - My forest  (fiction 2012)