Our intention is to reflect on the meaning of the city in the contemporary society.
Our attempt was to write a last love poem to cities in a precise moment in history in which it is becoming more and more difficult live them as cities. We are approaching a crisis moment of urban life, Possible Cities is a dream that comes from the heart of the unliveable cities. Nowadays we are equally worried about environment as well as the fragility of our big technological systems because the crisis of the megalopolis is the other side of the environmental problems.
Our goal In realizing and presenting this project is not to make another artwork prophetising catastrophes and apocalypses because this is not our style; instead, we, like Marco Polo in his travels, want to discover the secret reasons that have taken human beings to live in cities. Cities are conglomerates of memories, desires and languages; cities are exchange places, not only goods exchange, but also words exchange, memories exchange as well as desires. 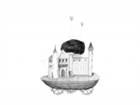 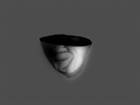 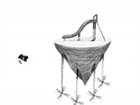