Sack round the freezing tree. (after brechts spring 1938). 2009. 3"36"".
a response to the tumultuous events in london this spring at the time of the g20 meeting/protests and very much inspired by brechts poem spring 1938. film of bae systems here on tyneside is intercut with that of a branch from our estate already snapped off, that i managed to regrow for a while, and close-ups of a discarded plastic bag. while not comparing our times to the coming world war that brecht wrote about we are nevertheless all losers in the invididious if subtle war currently taking place against our environments, our freedoms, our joyDirected, produced, written and filmed by Sean Burn
Length
3:36
Released
01 April 2009
Genre
>  Experimental
Country
>  United Kingdom
Edition
>  2009
Screenings
shorts, norwich arts centre in association with aurora - 10/11/09
Interview
>  Read the interview with Sean Burn 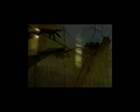 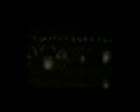 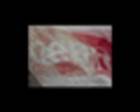 Sean Burn
Send an email / Sean burn is a writer/performer/outsider artist who is actively involved in disability arts. His third book of poetry is that a bruise or a tattoo? Was published by shearsman press in 2013. He is currently mentor in residence to a group of disabled artists at celf, mid-wales.
>  Read more
Related video art
>  Gerry Loew - Homunculus  (experimental 2010)
>  Zlatko Cosic - Touch  (experimental 2007)
>  Jasper Elings - Homemade popsicle  (experimental 2008)