This music video focuses on the four elements and more particularly on the forms of energy which are active within each of these elements. It also thematises the ways in which humanity relates to these forces, how it makes use of them for creative or destructive purposes. Fire in this context is therefore also seen as light energy .
Each part is dedicated to one element and lasts about 9 minutes, the total duration of the video being approximately 36:55:17 minutes.
The visuals were produced by means of normal video recordings (either left as such or digitally altered). Furthermore, digital photographs were included (some of which were also altered digitally).
The music contains a number of acoustic sounds including cello, piano, organ, metal sound sheets, gongs and metal wire, as well as digitally-altered cello and trombone sounds and electro-acoustic and electronic sounds. 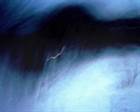 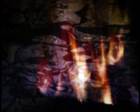 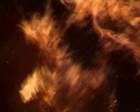