"Aliage - Viajes en Technicolor" it's a music promo shot in Hong Kong for the Argentine band Aliage. This super8 short film is a journey around an asian city that could be "any asian city", since the meaningful part is the discovery of a mix of ancient culture and technology through the eyes of the tourists. And exploration around simple discovery and naive tourism, where the high-tech feeling of places like Hong Kong is only suggested by NTSC bars that blend seamless in the landscape and the friendly locals. 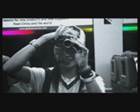 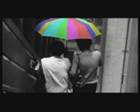 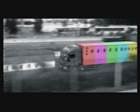