It is a video work that examines the shift between the two types of media practice: the film/movie (as the moving picture) and the photography (as the static image). How far can one go when analyzing and comprehending these two media.

The film - which directly originates from a photograph - here in an ontological way becomes a photograph, since that what is being filmed is the still frame, in other words a static frame. 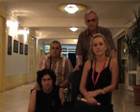 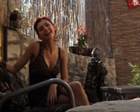 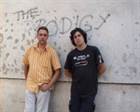