Detective Ivan Johnson is looking for a missing woman. His investigation leads him to Professor Carlos von Braun,
who works on rejuvenation treatments for women. Von Braun orders Johnson to be drugged and taken to his clinic located on Miranda island. A few days later Johnson wakes up in a cell...

Sufferrosa is a non-linear, interactive web-based movie made by Dawid Marcinkowski (screenwriter, director, editor and designer) with help from an international group of filmmakers, musicians and artists. It is an experimental storytelling project combining cinema, music, literature and web. Sufferrosa is a satire of cult of beauty and youth in the present-day world. The movie is inspired by Jean Luc Godard's movie 'Alphaville' , W.J.Has's cult-movie 'The Manuscript found in Saragossa', American film noir and the French writer Vernon Sullivan.

Sufferrosa is one of the biggest interactive web-based movies ever made:
- 110 scenes
- 3 alternative endings
- 20 different locations
- 25 actors (among other famous legends of the Polish film industry: Beata Tyszkiewicz, Ewa Szykulska and Ryszard Ronczewski)
- soundtrack to the movie includes artists such as Sonic Youth, Glass Candy, Tarwater, Exploding Star Orchestra or The KLF

The movie is a NON-COMMERCIAL artistic project. 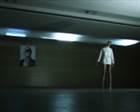