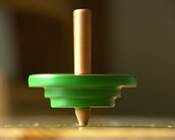 Who is Robin Whenary?
A good question... Someone who has made several short films, and who plans to build a career in filmmaking. What you could call a film fanatic.

Your film is about?
Motion!

How did you start with film? And do you have an educational background in art or film?
My parents didn’t have a television when I was young, but when I started watching films aged about 10 or 11, I was hooked. Laurel and Hardy and 1950’s Hollywood epics were my first film obsessions. By the time I got a second-hand digital video camera in 2000, aged 15, I had moved on to Hitchcock, and was an avid stills photographer. I started filming documentary footage around where I live in the countryside in South-West England, and shot my first short in the summer of 2000: ’The Boy, the Bike, and the Apple’, starring Matthew Pike, a younger neighbour. Then I did a two-year Fine Art Practical Film and Video course as one of my A-Levels at Exeter College, and made a few more short fiction ’sequences’, including ’Motion’ and ’Seeing’. Desite getting 100percent for my 2nd year films, I didn’t try to get them screened anywhere at the time. Then I did an Ancient History degree, and resumed making short films in 2007. I’d like to go to film school in the near future.

Could you explain how you work, what themes or concepts and what is important to you?
Most of my films so far have just been simple short narratives inspired by my rural surroundings, along with a couple of short documentaries. I have mainly worked on my own, directing, shooting and editing, with one or two friends in front of the camera. I think of my films so far as just experiments or practice, and have kept the subject matter simple and straightforward, concentrating on the images and sound. ’The Beginning’ is different from the others because it was made on the spur of the moment, without any planning - which felt quite liberating. It was the first film I had made for a few years. I have also shot shorts for other people, and am keen to gain more collaborative experience.

Where do you get your ideas or influences from?
’Motion’ was inspired by reading a short description of a scene in the film ’Delicatessen’. ’Seeing’, made in 2002, was mainly inspired by my love of Hitchcock’s films - ’Rear Window’ in particular. I had filmed some documentary footage of haymaking in a nearby field, and when watching it a year later I realised that I could make it into a short film by using it as POV shots and shooting close-ups of Matthew Pike to intercut with it. So the film is entirely subjective - hence the title. Those are the only two clear inspirations I can remember.
More generally I am inspired by the work of my favourite filmmakers - Hitchcock, Kubrick, Ford, and many others.

How does the title relate to the work, and how do you find a fitting title?
’Motion’ was the obvious title because that is all the film is about. There are no deeper meanings or themes - it was just an experiment in filming and editing movement in such a way as to create a sense of anticipation and drama.

How important is sound in film, and if you use sounds, do you create your own or use existing?
Sound is obviously vital! I have avoided using dialogue in my films so far, because I prefer stories told purely or mainly with images, and given the subject matter there has been no need for dialogue anyway. I have just used the natural sounds created by the on-screen action, so that viewers think they are hearing what they are seeing - even though I normally have to replace or mix some sounds. ’Motion’ is the only film for which I didn’t adjust the sound in any way, and it won the award for Best Sound at the CAN2007 Leicester International Short Film Festival! I haven’t used any music yet, but would very much like to.

How do you finance your projects (by yourself, sponsors or subsidy)?
All my projects so far have been ’no-budget’, literally. Just a few tapes.

Nowadays everyone with the right equipment can create videoart, good, bad or ugly?
Good. And Sergio Leone is one of the all-time greatest filmmakers. It was only after ’Motion’ was screened by a festival in their videoart section that I realised it could be classified as such - to me it is an experimental short film.

Video broadcasting platforms on the internet, why or why not?
I don’t see why not... It means you can potentially share your work with people all over the world, which can only be a good thing.

How important is the reaction to your film by the audience?
Very! I only started sending my films to festivals in mid 2007, and since then I have seen some of them with audiences. I am always thinking of the viewer when making a film, so to see an audience absorbed in watching it is both wonderful and scary!