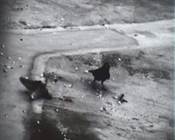 Please note that the visuals may be unsuitable for children.

Who is Debra Fear?
Wishing that I really knew but to the outside world I am a Digital Video and Sound Fine Artist and generally a selfish but decent person.

I am British but as born in Northern Ireland I am also Irish. So dual nationality and dual personality!


What is
.. Bastinado?
It is one film of ten fine art music videos created at the request of Zook’s Simon Charterton and in response to the album ’Music from the Accumulator’.
These somewhat experimental studies touch on my research into time, cinema and art and could be said to be partially influenced by the theories of Gilles Deleuze the French philosopher.


How did you start with film? And do you have an educational background in art or film?
Initially I started a pre-degree course called Foundation with the intent of doing a degree in painting at Camberwell College of Art, University of Arts London.
However, a few months into the course my tutor pointed out that if I was burning the midnight oil editing film and sound then I should follow the obsession. There was also the comment ’well, you’re not really a painter my dear’!
As Wimbledon College of Art had a specialised time-based media BA (Hons) course I went there and managed to graduate quite successfully. I hope to do an MA when I am more adeptly fluid in my thinking.
Since then I’ve been had three studios but have set up a consistent studio practice, part of, which includes fine art music video making as I promote musicians by my art practice and create interesting collaborative projects.


Could you explain how you work, what themes or concepts you use and what is important to you?
Very much process based trying to understand the complex concepts of cinematic time and art philosophy.
A recurrent motif in my work are birds which seem to be very apt when representing transitional
Precepts.

What is important is to be able to keep on working until I die.


How long do you usually work on one project?
As the usual duration of my work is around 2 mins at present this normally involves about a month of intensive aural and visual sketching having done an R&D period.
For example, for a piece called ’Phoenix’ as shown at the RA Summer Exhibition 2011, I had produced around 35 ’digital’ sketches before starting on the work.
Within these two processes an accumulative effect stimulates you down one path towards what I consider a clumsy interpretation/representation.

I feel that I am just not academic to fully understand some of these theories but it is this struggle and evolution and failure that probably drives me onwards and qualifies my work.


Do you carefully plan the production process or do you work more intuitive?
I suspect that like most film makers you need a process to give structure but within that you can then work intuitively.

Like most work this gets easier the more experienced you become.
I have to say that storyboards got chucked out of my process very early on as unsuitable and restrictive.


How does the title relate to the work, and how do you find a fitting title?
In this work the title came from the song being a music video.
In general in other works content makes the main title and in sketches the concept I am exploring. Not an informative answer really.


How do you finance your projects (by yourself, sponsors or subsidy)?
Self-financed at present, the great thing about film making now is that you can do it on a relative shoe string budget.
However, I am in the process of getting sponsorship as you need ’to earn a crust’ but the recession times make this difficult.


How important is sound in film, and if you use sounds, do you create your own or use existing?
Sound including the absence of sound is a very important creative decision. Obviously this work is in the music video genre and so the audio is particularly relevant.
I both create and use existing sound.

For a forthcoming more demanding project in the new year I shall be commissioning a piece of music.


How would you describe contemporary videoart?
Sometimes lost within an information rich world but also at an incredibly vibrant and dynamic stage again.
My only concerns are that the amateur is overwhelming the professional to an extent that everyone thinks they are an artist - this is not always the case! It devalues and undermines the ability of artists to earn a living.


What possibilities of the web are yet to be explored?
There is so much crossover already that’s a difficult one- I think I might check out the a sci-fi novel from five years ago for that one.


Did the web changed your view on art, or your career?
Yes, it’s ability to ’outreach’- to create contacts and peer networks and show your work is phenomenal and hence help you career wise. Meaning that I am also exposed to more ’art’ in an easily accessible format.


Where would you place your work; cinema or art. And what is the difference between those according to you?
Art.
Simply put I’d say duration of piece of work is one difference. The other fundamental difference was of course that cinema was a screening location and art was in a gallery - now this is not so much.

Cinema is generally more narrative and as entertainment whereas can you say that is not in art?
So the answer is ’the worm eats its tail’ on this one.

I classify mine as not cinema because of my production methods and research areas but it does in part explore cinematic time so that is a contradiction in itself.
Oh dear, my head is spinning on and on....


How important is the reaction to your film by the audience?
If any film maker says they have no regard of the audience’s reaction then I think what a load of BS.
The work is not worthwhile if there is no reaction and hopefully it is an interesting one - if one person gets it then you should be proud.


What is your next project about?
About? Big question and a bit early as only just into R&D process.
Music and time could be one possible answer.

As said above - budget allowing - I will be commissioning a piece of music of which the remit will involve the composer acquainting himself with the theories of Deleuze, Bergson etc and their relevance to soundtracks.
My tutors hated my response that I was interested in ’time’ as a time-based media artist - well I am not going to apologise for it- time philosophically and metaphysically is fascinating and soundtracked moving image personifies it.