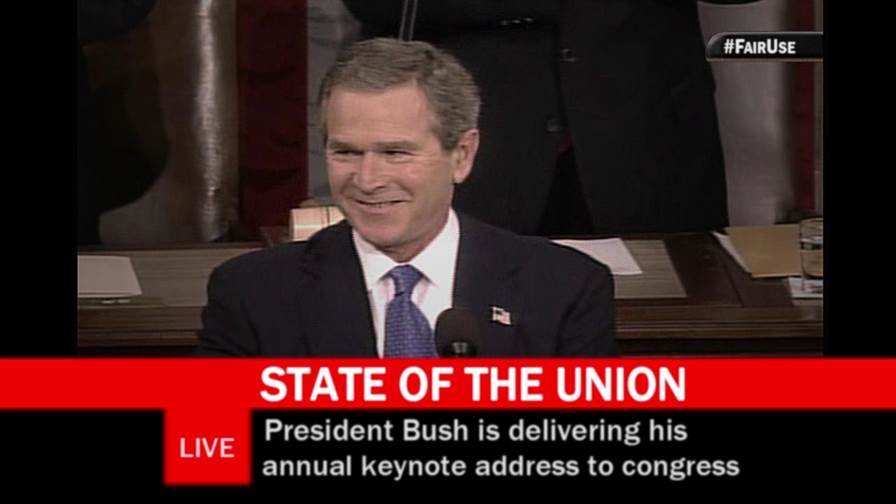 While noting the similarities between the Bush and Obama administrations’ spurious justifications for attacks on Iraq and Syria, respectively, Political Remixer Diran Lyons decided to re-edit the "Bushwhacked II" video to commemorate its tenth anniversary. Tired of the very low quality mirrored versions of the remix available on YouTube and elsewhere, Lyons re-composed it piece by piece from scratch, using a DVD acquired from C-SPAN. This new edit is therefore visually sharp, audibly clear, and is as faithful to the shot selection and sound editing of the original remix as possible. Any deviations are the result of using the C-SPAN feed over the original, that of BBC. C-SPAN’s camera angle of President Bush is slightly different, as are the crowd shots (the crowd imagery from C-SPAN is actually rather limited, so to infuse the present with the past Lyons also integrated crowd footage from the 2013 SOTU). Overall, this restoration effort invigorates the question of whether art is a type of musical score that can be played over and over. Here’s to that classic remix.