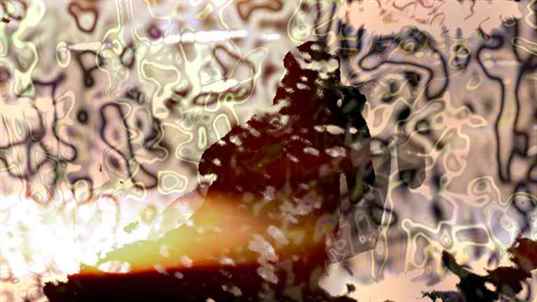 Eva Lee - Into the midst

How did you start with film? And do you have an educational background in art or film?
I am trained as a fine artist in painting. I started working in film when I bought my first mini-dv recorder with money I received from an insurance settlement for damaged artwork. These were large drawings that were improperly packed in transport and I received them in a ruined state. On hindsight, what a stroke of luck that was! By then, I had been drawing a lot and I thought, hey, why not make these drawings move? And thanks to user-friendly editing and animation software, I was able to learn how to do it on my own.

Do you carefully plan the production process or do you work more intuitive?
I work intuitively as an experimental filmmaker, shooting footage here and there, often not planned. I will film something because it was visually stimulating. It could be the lighting of a scene or the movement or texture. I never know if or how that footage is going to be used. It’s the same with animated sequences. There are short clips I make that I really labor over and finally decide it’s an utter failure, only to find sometimes that I can use it somewhere else as part of another work! In this way, I guess my training as a painter comes out, squeezing all kinds of colors onto a palette that I may or may not use, or I might use a bit of this red to mix with that blue.

How does the title relate to the work, and how do you find a fitting title?
This work is inspired by research on Tibetan Buddhist art and meditative practice while traveling through India three years ago. It contains footage shot on location. The title "Into the Midst" is what I wanted to express--that sense of being where you are, wherever you are, in the middle of experiencing the vastness of phenomena.

How important is sound in film, and if you use sounds, do you create your own or use existing?
Some of my works are silent because the intention is to focus on the visual. But I have come to really like the depth of experience that sound gives images, too, so these days I collaborate with a composer who creates original sound. This is the best way, rather than using existing. With original sound, the discovery and expression of a film is furthered by invention. I often like to incorporate sounds and noises captured on-site during filming.

How does content relate to the form of your work?
Because often the content of my work is inspired by or investigates impermanence and Buddhist philosophical ideas of emptiness, I love the I can create an experience marked by time in digital video and animation, where there is an unfolding of events or images that begins and ends. The medium by nature is immaterial, and it uses light projections in some form or other in order to be viewed, so there is an element of illusion which aligns with some of my content.

Where would you place your work; cinema or art. And what is the difference between those according to you?
I think of my work as definitely falling more in the category of art than cinema. Mainly because I am not driven by narrative. I don’t intend to tell stories, but rather create an experience in my short experimental films. Also, since I am trained as a fine artist, often my work is shown in gallery or museum settings as installations.

That said, however, I think these days cinema and art boundaries are more and more blurred with the development of digital technology and the internet. It was because of the recently available user-friendly editing software and digital cameras that made it possible for someone like me to be able to make moving images and animations. When film and video was analog, it was less accessible for a non-trained filmmaker to make moving images. Now, one just has to have the equipment and the ability to learn software! It’s fantastic! I suddenly felt freer to express myself as an artist by being able to work with images evolving over time.

What is your next project about?
My next work will surely come out of footage shot and things learned in India while researching Indo-Tibetan mandalas in Buddhist monasteries of the Western Himalayas as a Fulbright scholar 2013-2014. So far, it has been an enormously rich experience traveling and documenting ancient as well as contemporary sites. What the creative work will be is yet to be determined, but it will probably be inspired by Buddhist philosophy in some way!