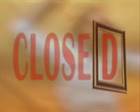 15:00, 2006, Experimental
Somebody gets out for working. Somebody gets out for shopping. Somebody's not going to get out at all, and gets self-closed at home. A dumb mood slides besides awakening, a tiny noise suddenly frightens. Visions brought to life in the daytime. Outside and inside, ghosts are maybe close.
DirectorLuca LibertinoEdition2006 < overview

Who is Luca Libertino?
I am a 30 old guy from the heart of Sicily, the deep south of Europe. I was born in Piazza Armerina, a quite known town for its Roman Villa and Mosaics, then I moved at 19 to Catania were I quitted university after two years, for singing in a rock band, hoping to become a rock star (!). When this dream fled off, I walked through a couple of years of despair. Five years ago I had my first pc and started thinking about filmmaking, and I made four shorts with my friends Dario Marino and Enrico Calvagna. Since I was 17 I write songs, poems, stories, comics: I always needed a media to express my feelings.


Why filmmaking?
I’ve always been watching movies, I thought I could have never had a chance to make something alike… But in these fast years this opportunity is given to all, what a tech miracle!


CLOSE(D) is about...
CLOSE(D) is a tale of solitude, a critical view on this crazy way of life, about a society that discriminates and mocks who’s suffering for his/her soul. Most people are concerned about their work, their success, their vanity only. In this unnatural lifestyle, even a bad or just strange dream could upset the deceitful reality of daytime things. I am aware of uncertainty in our mysterious life.


Financing your movie?
This is a cheap, very cheap movie. The actors are friends, the locations are in nature, or just a house of ours. The only expense has been for printing the pictures of the ghost that appear all over the house, petrol to reach a far place, phone calls for getting together, the mini dv cassettes, a lunch or a dinner together. If time is money, time is always the most expensive thing. The greatest part of money has been dedicated to send short films to various festivals (but only in those at no-fee entry…) We’re not rich, fortunately your festival is one of those which gave us such an opportunity and we thank you for this.


New Media; a challenge for film makers?
I still don’t have a web connection and live in the country, so I have to go to an internet point just to read the mail. I can’t do this everyday, and this is a very depressing limit. Anyway, soon I’ll have a connection, and everything will change in my life…
For what regards future, I think architects should dedicate a wall in every house to be left pained white. So not to have to use nomore televisions… a projector linked to a pc, that’s all: our eyes’ health would thank! I don’t believe in mobile screens, unless it is just to watch some advertisement (!): if you’re on the road and you don’t want to care about other people, you’d better have a book with yourself and read it! But if you want to watch a movie, you’d better do it at home, with no hurry, paying attention to it: otherwise, it would be nonsense calling it “home theater”!


Do your films have style, just as some painters have?
I don’t know at start how the end it will be, though the final result matches with the screenplay at 70 percent... There are always meanwhile unexpected events and new ideas that come to modify the first thought. What really influences and moves me is the thought of freedom, what hurts me is the lack of same.
I felt in love with English Romantic and French “Maudit” poetry when I was at secondary school, I watched hundreds and hundreds of movies, listened to an infinity of music (excluding disco music!), I stared at a plenty of paintings, in books and in museums… I learnt English thanks to The Doors, Pink Floyd, U2, Shakespeare, Wilde better than at school. I think at Charles Bukowski as the greatest author of our times, I think at Sin City as the best movie of the past year.


Individual film making or co-operation?
I made four short films with two friends of mine: with Dario Marino I write the screenplay, choose the actors, organize the shooting days; with Enrico Calvagna we do most of the shots. After having enough material, the rest is all of my lonely work.
Directing and editing is at 80 percent the same thing. I love passing long nights at editing, composing music and doing things that maybe are just nonsense… and then the movie comes over, all of a sudden, in a day of magic excitement!
And a void that soon has to be filled springs up like that time between a death and a rebirth…


Future...
I’m going to make a new short all of my own for the first time, this summer, I think it’ll be about corruption and mafia. In Italy seldom it is spoken about this, and when this happens, it’s all censored. I don’t have no fear, just shame and rage for that. For what instead regards the best future I can imagine, I’d like to shoot a movie and then another and then another… and have enough life and money to make them as I want them. Movies like Fellini’s, Kubrick’s, for example, are in my dreams… expensive dreams… If not so, I’ll make my best with cheap ideas and simplicity. But, first of all, I want to trip around the world, know people, get away from this country, which I’ve seen becoming every year sadder and sadder, and really far from my points of view... It’s since a big time nomore a place for dreamers, that’s why I find difficult to get a job where ideas are not taken into consideration and the way you dress and the car you drive could preclude any chance. Though the monster has just gone, I’m still full of distrust: there is too much hypnotized people and it’ll be hard to change their (money)mind. And then, there are bigger troubles than mine, it should be fair that those have to be worked out first, in this sense I have to get abroad. I want to change the world, like many many people who think the same and I’m going to meet.


Did you ever had another ambition in life than to become a filmmaker?
I don’t think about it. I’m interested in so many things, I love to write and paint and draw and take photos and music: cinema is all about this, because it encloses all of these arts. Soon I’ll have a notebook and a web connection, thanks to my parents, who still believe in me though I still don’t have a job and do all the efforts they can.


Digital or classic?
Now I’ve got a three years old Samsung digital camera and a four years old pc, but most of all I’ve got my soul. < overview