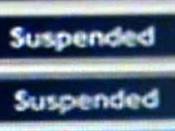 10:32, 2010, Fiction
In the aftermath of terrorist attacks in London in 2005, the fictional protagonist in Breakdown becomes so fearful of taking public transportation that she gradually stops taking the subway or the bus, becoming trapped in her neighborhood, eventually succumbing to madness. The work culminates with an act of violence against a Muslim man whom she wrongly believes to be a suicide bomber. Like blowup, this work explores the potentially dangerous consequences of fear in the context of the war on terror, and in the aftermath of suicide attacks on Western urban targets.
DirectorLisa VinebaumProducerLisa VinebaumCameraLisa VinebaumEditorLisa VinebaumCountryUSAEdition2011 ScreeningsTikkun.com (2011)
Performing Others - Goldsmiths UK (2010)< overview

Who is Lisa Vinebaum?
I am an artist, writer, curator and editor. I work in primarily in video, performance and contemporary fiber art, as well as with collaborative, site-specific, and interventionist strategies.


What is Breakdown about?
Breakdown is about irrational fear in the wake of Western, urban suicide bombings. It’s a fictional exploration of what might happen if irrational fear and violence replace dialogue and mutual understanding. The protagonist in Breakdown lives through the 2005 attacks on London’s transit system, and becomes so afraid of another attack that she gradually stops taking public transit altogether. The video culminates with an act of violence against a Muslim man whom she wrongly believes to be a would-be suicide bomber. Breakdown is fictional but it explores the dangerous implications of fear of the "other" if taken to an extreme. The context of the war on terror that we’re living in — certainly in the USA and parts of Europe — lends itself to heightened alerts and a constant state of fear. The threat of suicide bombings on public transit is quite real, and yet we’ve been conditioned to fear and demonize Muslims, and to lean heavily on discourses of security as opposed to mutual understanding and dialogue. Breakdown is inspired by my own experiences living in a predominantly Muslim neighborhood in London in 2005... Having to confront the fear of another terrorist attack but in a way that didn’t demonize those around me.


How did you start with film? And do you have an educational background in art or film?
I filmed Breakdown on my mobile phone. It’s a companion piece to another film I did (blow up - which screened in the Streaming Festival in 2006). They both deal with the aftermath of terrorist attacks, and the implications of fear of the other. In an exhibition setting they’re meant to be shown together — which is why Breakdown is silent and text-based... So that they can work together in the same space. I have an educational background in art: I have a PhD in Art from Goldsmiths but I also have a background in indie media. I think that informs my aesthetic and interests in making art that responds to current events.


How long do you usually work on one project?
For as long as it takes. I created blow up in 2 weeks... Breakdown took 4 years to finish. I filmed it in 2006 and kept coming back to the footage but couldn’t resolve how to edit it. I tried a few different approaches before I decided that using text would be the best way to bring the protagonist to life. I have some projects in which I work in series over several years — that seems to be my preferred strategy now. For example, I’m working on a series of performances in different places that I began in 2010, and have no plans to finish yet.


Do you carefully plan the production process or do you work more intuitive?
I’m intuitive when it comes to scripting and filming but the editing process is very carefully orchestrated.


How does the title relate to the work, and how do you find a fitting title?
The protagonist in Breakdown literally has a breakdown... Hence the title. I also wanted something to go with the title blow up, because the films are so connected. But usually I pick titles based on wordplay - something that’s not overly obvious or descriptive, but that conveys what the work is about. At least indirectly.


How do you finance your projects (by yourself, sponsors or subsidy)?
Most of my video work is low cost, that’s a deliberate decision. I like being autonomous in my film work. For more complex projects I’ve had research grants... I also work as an academic and that subsidizes my art.


How important is sound in film, and if you use sounds, do you create your own or use existing?
I tend to use silence or voice or ambient sounds. I’m not much of an expert in sound. I’d work with a composer or sound artist if I had to... So far I haven’t had to.


How would you describe contemporary videoart?
Ryan Trecartin, Artur Zmijewski, Jayce Salloum. Each of their work is vastly different and yet to me they each represent contemporary video art. I know I’ll hit "submit" and then regret not naming any women video artists... Oreet Ashery though she’s a performance artist who uses video. Definitely those four: experimental & innovative narrative; confrontation; documentary strategies; and performative identity. At least those reflect my own interests in video art.


What possibilities of the web are yet to be explored?
I guess if they have yet to be explored I don’t know what they are. Probably something that’s more meaningful in a social or relational way - the web collapses time and allows for immediate communication across geography but I don’t know to what extent it’s socially fulfilling or meaningful... Certainly for me, social media are a tool but I don’t know to what extent the web creates meaningful connections as opposed to narcissism. Though the web provides an incredible range of access to information - I couldn’t do the art work or research I do without the web.


Did the web changed your view on art, or your career?
Not really, it just expanded the possibilities for accessing information and for getting my work out there.


Where would you place your work; cinema or art. And what is the difference between those according to you?
I work across disciplinary boundaries, so I don’t make those distinctions. Obviously there are formal differences... I am an artist who works with video but I think that cinema (aside from Hollywood crap) IS art.


How important is the reaction to your film by the audience?
I’m always interested in what people have to say about my work. But it’s also important to me to not be too influenced by how I think people may respond... I tend to make controversial work and so I know a lot of people may have a hard time with it.


What is your next project about?
I’m working on several writing and curating projects. As far as art goes, I’ve been doing a series of site-specific performances around issues of labor and labor histories. They started in Montreal in 2010 and I’ve been doing research into labor conflicts in politics and struggles in other cities. Right now I’m developing performances here in Chicago, for early 2012.