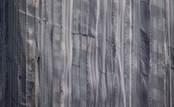 Paul Gabel - I will always wait (it will never be)

8:56, 2006, Video Art
In a film that captures Wall Street at a point between deconstruction (the shrouded Deutsche Bank) reconstruction (7 World Trade Center) and destruction (the absent Trade Towers), the phrases "I will always wait" and "It will never be" make possible a lamentation for the tragic September 11th event at a time when its physical indications are in the midst of upheaval by urban renewal and the flow of progress.
DirectorPaul GabelEdition2006 < overview

Who are you?My name is Paul Gabel. I am 30 years old. I studied life drawing at Binghamton University located in the state of New York. I am currently working for The New York Public Library Picture Collection. I am a studio and video artist. Since 1998, I have been living in New York City.

Why filmmaking?The first time I considered creating video works occurred while I was attending a Bill Viola retrospective at the Whitney Museum of American Art in 1998. But the time when I actually began working with the medium wasn"t until later, about 2003.

Your film is about...The title “I will always wait, It will never be” not only points to limitations in the process of documentation, editing, summarizing and giving a name to a project, but it also acknowledges the failure of this film’s ability to reveal anything beyond what the footage shows. For the footage presents a site that, I my opinion, defies in every capacity the possibility for an encompassed and reconciled truth. The site’s temporality has become difficult to pin-point: it looks to the future (the rising 7 World Trade Center here symbolizing the next stages of development). At the same time, it looks back to a distant past (the absent Trade towers allow the viewer to stare over a space that hasn’t been seen since the time before the towers were erected). And all the while, it remains a scene of a crime: via the shrouded Deutsche Bank. Here, the building provides to this day an unknown quantity of physical evidence as a result of the September 11 attacks.
While standing in the face of this upheaval, the title gives me as a filmmaker and a witness, a location for my remorse in relation to an event that, one could say, was already over before anyone knew what it was.

Financing your movie?The funding for the piece came out of my own pocket. And very little was even used for production.

New Media; a challenge for film makers?Here I agree with urbanist Paul Virilio: while the combined advancements in telecommunications and image making formats have impressively made it possible - in just a few years - to transmit ideas to everyone all over the globe, instantaneously, we need to approach these advancements with a critical eye, with more care, caution and even skepticism. Let’s not let machines get the best of what makes us unique.

Do your films have style, just as some painters have?I am a student of life drawing. So, one could find in my filming approach, the characteristics of a still life being analyzed.

Which film related websites do you frequent?Hi-Beam, Universe in the Universe and Videoart Suite

Individual filmmaking or co-operation?So far my projects have needed only myself in the filmmaking process (i.e. Directing, editing and filming). While this has it benefits, I look forward to working with others on a group project.

Did you ever have another ambition in life than to become a filmmaker?
Drawing has opened up my understanding to the complexity of perception. My video work is additional tool for me to advance these inquiries.

Digital or classic?I’m currently working with my own mini DV digital camcorder. But it would be wonderful to learn other formats.

View other workfor stills of my work visit: www.paulgabel.com. Also please view my work in the Short Film study collection at the Hull School of Art and Design: (http://www.hullfilm.lincoln.ac.uk) and New York’s Film-makers Cooperative. (www.film-makerscoop.com) also my work is listed at www.art-action.org.

All other remarksI am very grateful to be a part of this festival. Thank you very much for this opportunity and thank you for taking an interest in my work. < overview