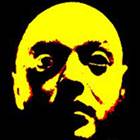 4:00, 2006, Animation
Dubbed ‘digital terrorists’ by The Irish Times, sin sin is an international pan media group of artists working under the auspices of their beloved leader, The Fat Controller.

Who is the Sin Sin Collective ?
Dubbed ‘digital terrorists’ by The Irish Times, sin sin is an international pan media group of artists working under the auspices of their beloved leader, The Fat Controller.

Shirking the distinction between ‘low’ and ‘high’ art sin sin distinguishes only between the boring and the not-boring. Blob-like, it assumes everything meaty with which it comes in contact.

Guided by The Fat Controller and, in collaboration with fellows from all over the world, sin sin frolics, unfettered in the unspoiled terrain of digital art.


Why filmmaking?
Sin sin is a pan media collective and filmmaking as one of it’s primary outputs.
Film / animation is powerful because it can encompass many media; music, writing, acting, graphics and can include lots more besides.
As to what inspires us to make films, the answer is simple. Inspiration is everywhere. Art is our religion.


Your work is about.. .
Some films have developed from our theatre output. Dee Dooley - A Love Story came via this route and has appeared in a theatre-setting as a projection with live narration. It’s about a sudden sighting on a silent Dublin Street. A memory unlocked. A face that triggers a recollection of a near forgotten time. It’s about a passing thought, caught. Sin sin attempts to find the macro in the micro - the universal in the banal. Like a conversation overheard on a bus. Like a dream. Anyway, it’s not gossip. .. It’s a true story.
Other films we have made, including Inside The Dishwasher, have originated as installations in a gallery setting. With it’s touches of animutation Inside The Dishwasher is an exploration of a free association of images. The recontextualised images have a Pop sensibility and speak of the urban experience as it passes through the lense of the Media and back again, to and fro across the ether. A regurgitation of imagery ensues. Television, television adverts, branded products, dog-toys, underpants, vacuum-cleaners and the Howdy Doody Doll. And shoes. Lots of high-heeled shoes. And men in white-coats. For a moment, we become the perfect housewife. The line between mad and sane is made of smoke. Subconcious totems and The Monsters from the Id are just outside the window but you are safe inside your kitchen. You have your vacuum-cleaner to make everything clean again. You can’t buy everything on the shopping channel and you can’t run away from yourself but if you order now you’ll get a discount.


Financing your movie…
All sin sin’s film output is financed by sin sin activities. In general sin sin sees subsidies as necessary for the arts. Lets face it, Art is a luxury and can be considered not essential. But what else is wealth for but to buy luxury ? We should not let the dogs of profit lead the pack all the time. The dogs of profit just follow the smell. It’s the dogs of Art that lead us on.
And no. Though, in the past, sin sin has received commissions, it has tried for but not received a film subsidy - yet.


New Media - a challenge for filmmakers ?
New Media is underrated ! We have the means of production and distribution and access to a library of information and source material, forums, disscussion groups and advise freely available in the form of computers and the internet. New opportunities for media are appearing every day. As animators it is possible for us to author a film on computer. Anyone who has used traditional techniques of animation ie. Cel animation will appreciate the low costs this allows. And no mess! Then uploaded to the internet the film can find it’s audience. And all done without a camera. New Media empowers. New voices can be heard. The nature of the audience itself is changing. It’s a revolution that in many ways we earthlings haven’t got hip to yet. The New World is a continent not yet explored. There are still large areas on the map where no one has been. Sin sin’s motely crew in it’s little boat have set sail for the part of the map on which is written “Here Be Monsters”.


Do your films have style, just as some painters have?
At the heart of sin sin’s sensibilities is a willingness to adopt and reappropiate many styles. This would be a deliberate use of the Anime style in our film Honeymooning With The Harneys or the style of Animutation as we have used in our film Right Hand Ponk. Sometimes the style, or look, is partially due to the software used to author the animation. Flash’s 256 color low-rez look lends itself to a Pop Art flatness that appeals to us as artists. But like a bee going from flower to flower we know there are many styles in the garden of virtual delight and that we can draw from which ever bloom we wish.


Influences?
We like Andy Warhol because he killed painting and made everything art. We like Ed Wood because he wasn’t supposed to but did anyway. And Robert Crumb makes us laugh. Norman McLaren was a very interesting animator. Windsor McKay was ahead of his time and his interactive piece Gertie The Dinosaur (1914) showed the way. Yellow Submarine is awesome. Literature that has had a lasting effect would include the work of James Joyce - because he put everything in, Samuel Beckett because he took everything out and Kafka. The poets are too numerous to mention but would include Emily Dickinson, Allen Ginsberg and all the Beats. And Yoko Ono is Mega.


Which film related websites do you frequent ?
Animation World Network is a great place for animators. Good industry news. Excellent articles and tutorials by those who know their onions. Plus an extensive list of Festivals and tonnes of other animation-related stuff.
And then there’s Albino Blacksheep. This is where I first saw Animutations. Animutation is a genuine new form that emerged a while back. Fascinating.
Newgrounds is similar. At their worst these places are truelly awful. But, here and there, if you dig, there’s diamonds.
Ubuweb has a nice collection of media including some uber-rare films.


Individual filmmaking or co-oporation ?
Solo or part of a team it doesn’t matter to us. Each manifestation is unique and worthy unto itself. Art is our religion. To the worm there is no underground.


Future...
We just want to keep on making. When this one’s done we make another. And another. That’s all. We are dung-beetles pushing our little balls along. Art is our religion.


Digital or classic ?
Before the digital age an animator had to hobble together a system to make and record the animation - stop-frame capable camera, filmstock, tripods, cells, ink, cutouts or models... Then the cost of development and reshoots. Now a decent home computer and some software is all you need to enable you to make movies. I have worked for big animation houses, Disney and Hanna Barbera in the pre-digital age and the reality is one person working digitally can do the work of 10 people in the classic techniques of production. Working with vector animations means they can be enlarged without loss of resolution. And now we’re entering the HD age this bodes well for us.


View other work of the Sin Sin Collective
Please visit sin sin’s website now to view our output. At the Fat Controller’s Annex Of The Damned you’ll find Flash films, animations, music vids and games. Also there are MP3s of our music and examples of graphics and sundry baubles.< overview