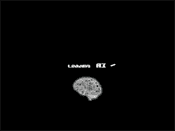 21:20, 2010, Experimental
Experimental documentary about artificial intelligence, virtual loneliness and real software installed to a girl for one day.
Everything what Jeeney A.I says there is coming from her head/software.

Who is Tereza Nvotova?
I’m a filmmaker - mostly doing documentary films, or films on the border of docu and fiction. And I’m also a film actress, accidentally.


What is your film about?
Artificial Insight is not only about artificial intelligence. Through that film I was thinking over about what would AI mean to us, or if there is chance to create a whole new entity equal to human beings - and if there is, who’s going to abuse it? If we’re acting as a Gods, aren’t we creating a new gods as well?
And it’s about relationship between girl and robot, about new generation which is living half (or most) of their lives in virtual reality. How does it affect our relationships and minds.


How did you start with film? And do you have an educational background in art or film?
Im studying Film and TV school of Academy of Performing arts in Prague (FAMU), and this film was my work (exercise) in first class in documentary department.
The idea came after I was communicating with AI http://www.jeeney.com couple of hours per day. I realize, that I’m spending more time in talk with robot than humans, which was very interesting for my own life. That’s why I put myself in film (main role) and for example my mother as a mother.
And the scenes where Jeeney is talking through me with people - I was pre-playing situations with her (real AI) and than put to script. So she is really co-writer of the film.


How long do you usually work on one project?
Depends.. I’m working on a different kinds of projects. I made feature documentary to cinemas, and I was working on that for 3 years. This one I was doing half a year and films to television I’m doing less time.


Where do you get your ideas or inspiration from?
It seems that its appearing out of nowhere. Actually, every time its connected with my interests and troubles in society which I see as important to tell. But, simply - I’m reading, watching, listening, talking, observing - and themes are composing as a puzzle.
I’m trying to find out the root of the problems, and obviously most of the time its deep in our psyche, so my films have this kind of connection.


How does content relate to the form of your work?
Very much. In film you should think about the form, cause some kind of form its there every time. But I never want to put form upper than content - that’s important to carry on.
In school sometimes we have to use some kind of material - like here BW 16mm film. I like to connect opposites - old film as a form/new tech(AI) as a content.
Also I think that all filmmakers should have experience with working with film material. It’s very different kind of work, cause you should more think than shoot, and nowadays I think its opposite trend.


Did the web changed your view on art, or your career?
I’m net kid, so it actually didn’t change anything in my art, cause I started doing films after web was out, so I think I’m highly affected by web. But I’m not maniac, my themes are really wide and I like to bugger about with our inner psychic programming more than in possibilities of web. Anyway, web really turned film industry to different level. There is not such a question if its good or bad, its how it is. Evolution. I see lot of older filmmakers confused from that, but for me its just good, cause from authors point of view - I want as many people as its possible to see my work. And that’s what web has given to us.


How do you finance your projects?
In Czech Republic we have state cinematographic fond, where we can apply with our projects for money, so most of our films is financed by this fond and television. Also we are trying to finance our films by combining more funds and televisions (f.e. - czech, slovak, polish).
School films are fully paid by school, that’s why our film university is one of the most expensive colleges in Czech Rep.


What are you working on now?
By the time I did lot of things, I made 40min fiction film where actors are playing themselves.
Now I’m working on my feature-length fiction film which will work with documentary tools and also I am preparing short experimental film about brain (will be filmed on 35 mm film).
< overview