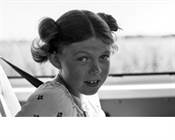 
Your film is about?

The moment in your childhood, when you realise the boy sitting next to you is of a different gender.


How did you start with film? And do you have an educational background in art or film?

My sister, Tine Bay Lührssen and me, started to say: Let’s do this film. Playing in the school of our childhood placed in the Danish minority in northern Germany. We both have educational background in art - my sister studied arts in Hamburg, i studied theatre directing in Essen.


Could you explain how you work, what themes or concepts and what is important to you?

Human beings as they are and woh they feel - in stories who are settled in an ideal, art space.


How does content relate to the form of your film?


How did the film come about? Everything (carefully) planned or more intuitive?


How do you finance your projects (by yourself, sponsors or subsidy)?

A necessity. A possibility to spread our work all over the world and get many people to see it.


How does the internet influence contemporary art in general according to you?

The internet doesn’t influence the content of my stories. It’s more a tool for working and nothing more.


What possibilities of the web are yet to be explored? Which dangers do you see ahead?

That the quality of good films get lost in the masses of material. We will lose ourselves.


Does your work often circle the festival circuits, and do you visit festivals regularly?

Husby was shown on several festivals in Germany, Denmark and Brazil. If i can afford it or i’m invited i love to go to festivals. Films have to be seen in cinemas not on a computerscreen.


Do you often meet and discuss with other film makers through the internet?


How influential is the reaction to your film by the audience?


What is your next project about?

A movie for adults and it’s about love.< overview