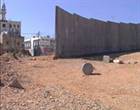 3:00, 2006, Video Art
The video tells the story of the human desire to be as close to truth as possible. But who ever will succeed while living a life dominated by the fast running time and endless searching? If there is any paradise, then monks or people really resting within themselves find a paradise close to truth close to GOD. But it is only truth people are believing in.

Is there absolute truth? The video consists of three sections, a spiritual and a physical section and the acting level, the artist who is filming the scene, an intruder who become witness of a ritual of truth.
DirectorWilfried Agricola De CologneCountryGermanyEdition2006 < overview

Who is Wilfried Agricola de Cologne?
A multi-disciplinary media artist, but I am not a film maker in its classical sense, making films represents just one among many other disciplines. Since the terror attack on me in 1998, I have two lives, one before the attack and one after when I started in 2000a new life from point zero and an extraordinary professional career until these days.
Basis of this new life is the development of www.nmartproject.net - the experimental platform for art and New Media, a very successful award winning project, a hybrid between an art project completely Internet based and ongoing, a research and curatorial project, a virtual and physical network and a multi-facetted new media event. In this framework I realize all the numerous media art projects in a global context, many or them incorporate collaborative components, and this is most important, all functions are concentrated in one single person, i.e. Me, the programmer, multi-media developer, the producer, editor etc, organizer of global competitions, curator of projects in this framework, but also external media art exhibitions, co-curator and co-organiser of festivals in different parts on the globe and much more, and last but not least the director and creator of an increasing number of moving pictures - (short films), which are included in many festivals and media exhibitions.


Why filmmaking?
Filmmaking came just into the focus when I acquired my miniDV in1998 camera which is still in use. Until the attack later in 1998, the purpose of filming was just documenting my art shows, making films the way I practice now became relevant only after 2000 when I started creating interactive and non-interactive movies for use in my Internet based projects. For this purpose I produced a lot of film material, and I found out that the process of filming, and in the same way the creative process of editing formed a unity in which I could express my artistic ideas better than in other media.

I would actually prefer to speak rather of moving pictures and less of films. The term film is already occupied by a history of the classical feature films, but I do not create films in this classical sense, these "moving pictures", instead have their actual origin in the analogue art works I created before the attack: I was always interested in processes and movement in psychological conditions and the development of dynamic metaphorical image languages, but the old analogue media had their limits. When I started it was also very supportive, that the (digital/electronic) equipment for film making became such affordable for everybody, and I saw the chance to work with film like with any other art related medium, which was unthinkable before.


Your work is about...
In fact my films can be characterized as allegories, a type of representation which does not seem to be really timely, as they need much more than just a passively consuming viewer, but one whose mind and perception is awake, open ready to reflect. The films are also quite short, and actually need to be viewed more than just once in order to recognize its deeper sense.

The participating movies use such metaphoric languages, the visually perceivable stands as a symbol for something else and has another meaning than it seems.

The works are linked to life not only because they show scenes from life, but basically also my life, as I invite the viewer to become a voyeur, and see the world through my eyes. The moving pictures turn my inside to outside, which produces a non-linear movement in addition to the filmic linear movement. The image language, as well as the filmmaking as such is based of certain philosophical ideas causing a wanted abstract effect.


Financing your movie?
If I would not deal with the production of a film in the same way I do with any other art work, I would not be able to create any film. The productions of my films are not based on any budget, therefore.

Differently from the classical film making, when a story is mostly known from the beginning until its end, when I start I do not know the final result yet [I do not use scripts it a classical sense], as I start mostly an experiment, I make spontaneous decisions, follow rather my intuitions and follow the process from an holistic point of view. Holding all film relevant functions, I want to be independent, not depending of people who decide what I am allowed to do or not. It is obvious, this type of working cannot be compared with the production of classical films, and it does also not fit in the usual categories.

The basis of the films form material I film basically during my travels around the globe, in this way an essential part of the production is financed via my travel budget, and until now the situation was not yet given, to pay anybody for eventually participating.

These films are no low budget, but really no budget films, and also made for another type of audience which has different expectations than in the classical film productions.


New Media; a challenge for film makers?
Through New Media I did not only survive, but it allows me also to do the work the way I do.
The type of filmmaking I follow currently, developed in fact since I am working in and with the Internet, I created and produced movies for the Internet based on a non-linear programming. These are really great works which were presented on many festivals, but since they are non-linear they cannot be converted into a linear video format
And can therefore non used so universally. So, I made the next step and entered the linear film/video making more intensively.

Generally can be said, the digital media changed not only the type of filmmaking but also the space of its presentation. The conventional cinema is reduced to a specific type of space, via the new media films can enter any space. The interactive component allows to change the viewer from a passive consumer to an active user, but one has to be realistic, not everybody wants to become active, most people want to relax and love the position of being captured by sensual sensations.

For a creator of films however, new media are offering great options for using new languages of storytelling, for producing such sensation, for being presented in different environment and spaces etc.

The more advanced the computer based films are, the more extended the visual effects and the technological refinement, the less are the chances for a low budget director to enter the competition on this level, and a no-budget director has not any material background to compete with, at all. His chances lie on different fields and in following different and probably new paths, the path I am following belongs to that.


Do your films have style, just as some painters have?
I think it is not up to me to speculate over my style, I leave it better to the viewers of my films. Following one’s style consciously includes the danger to follow the path of mannerism, of l’art pour l’art, a beautiful but empty cover without substance, it represents also a kind of dogma, and as such a final state, which I would not strive for.
Of course, as a kind of universal filmmaker I have my specific way of perceiving things, how I deal with certain contents, image and technology, how I use sound and music etc, and this might express itself in a certain language, but for me is style nothing to think about, I try to do each film differently and not repeat myself, which might be recognized as a style as well.


Influences?
I think everybody who becomes a film maker, was close to film already from a child in one or the other way. When I was young, I viewed nearly all films I was able to see. Generally, I like Hitchcock films very much but his way of creating films has certainly no influence on my work, it is simply too different.

When people see my films (short films not longer than 15 minutes), I receive sometimes the feedback, they would remind them of films by Peter Greenaway. Personally, I do not see this connection, as his films do not belong to my favourite ones. But, it can also not be excluded that I have a similiar approach in finding image solutions and we both use obviously metaphoric languages in a way, which are not practiced by too many other film artists.

If anybody really influenced me, then it is myself through artistic visions and philosophical ideas which were growing since more than 30 years.


Which film related websites do you frequent?
Although I am dealing all the day with the Internet, I do not visit specific sites for filmmakers regularly, but I keep myself updated concerning deadlines for festival submissions, for instance.


Individual film making or co-operation?
As I practice until now an individual filmmaking by executing all film related functions,
[only a few times the music came from an external composer], I have no opinion about co-operations and working in a team of specialists, because I have no experience.

Of course, the general conditions for making films under such different conditions cannot be compared with the individual filmmaking I do.

But I am sure it might be a challenging experience to work in such a team, but then I would see my function rather to be a director, than to be another specialist.


Future...
I have currently several film projects in process, but they are quite complicated. I would like to complete them, but I would need to spend more time on filmmaking than I currently do. So my wish would be to have more time.

I also would like to overcome the 15 minutes limit, and even create a situation when I do nothing else than filmmaking, but this is again rather a financial question.

Like the term “film”, also the term "filmmaker" is occupied by a lot of more or less famous names who made feature films, I would currently not identify with that.

While filming I enter a social context and become a more or less distant observer in a process.

Filming brings me very close the essence of people, it represents a kind of social act and it gives me an enormous pleasure to use my miniDV camera by entering processes. It is further a wonderfully creative act to compose the unexpected via the editing, which is for me as relevant as the filming itself. Of course, I have my own equipment.


All other remarks
I was not pointing expressively to my specific talent for organizing, yet.
I deal with film not only as a filmmaker, but also as an organiser/director of a film festival and the curator for a platform of video art. I would not like to miss this type of work.

VideoChannel
The curated project environment, I created online and offline, many selection were presented on festival of media art exhibitions.< overview